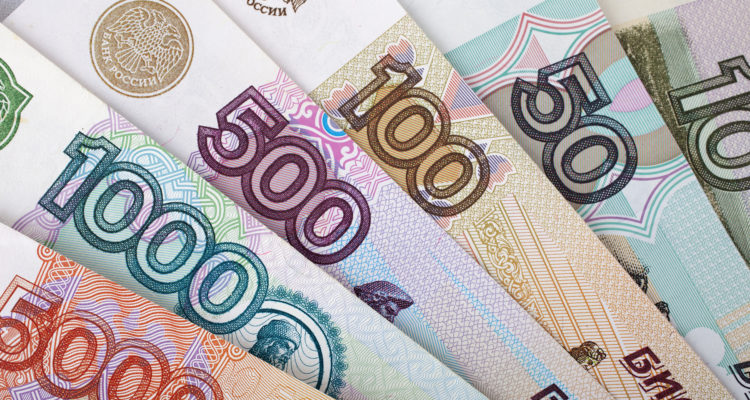 Russians have reacted to the COVID-19 pandemic by stockpiling cash. Withdrawing more real money from ATMs and bank branches in the last few weeks.

Concerns that banknotes can infect with the coronavirus have driven to a surge in contactless payments throughout the world. In the UK, the cash method halved in just a few days following the government’s demand for a nationwide lockdown. Though, in many countries, people are responding to the crisis by accumulating cash. They are fearful that they may, at some point, be unable to access their money.

What does Data Say

According to central bank data, about a trillion rubles ($13.6 billion) have circulated from cash machines. Also, bank branches in Russia since the commencement of March.

After announcements from President Vladimir Putin, the country has been witnessing spikes in withdrawals. Such as when he extended self-isolation rules. Putin told officials in a video conference the condition was “changing practically every day. Unfortunately not for the better,” and Russia’s next few weeks would be “crucial.”

“We have a lot of obstacles, we don’t have anything particularly to brag about, and we definitely mustn’t relax,” he added.

He also added that they needed to “consider all scenarios for how the situation will develop, even the most complex and extraordinary.”

The growth comes despite a move by Russian officials last month to restrict the number of banknotes in transmission and push consumers into using digital payments.

A similar idea is arising in Europe, where the value of euro banknotes inflow recently witnessed the most substantial increase since the 2008 financial crisis. As per the reports, in the four weeks to 10 April, the value of banknotes distributed increased by EUR41.2 billion to EUR1.33 trillion.

In the US, cash flow had seen the most significant jump since late 1999. It was when people began hoarding money over fears about the Y2K bug.