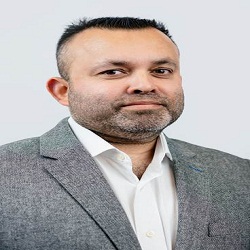 Manoj founded his first tech startup, a FinTech in electronic invoicing and payments in 2004. He then founded Techcelerate which built Manchester’s tech ecosystem from 2006 to 2013. In 2007 Manoj founded, edocr.com which was recognised in 2008 as one of the hottest 20 tech startups in the UK. In 2013, GP Bullhound acquired Northern Tech Awards from Manoj. In 2015, edocr.com was acquired by US-based Accusoft.

In 2018, Manoj restarted Techcelerate to reduce wastage in building and scaling tech startups. As part of this initiative, Manoj has built a trusted tech founder network and a growth network to assist them. He is currently working on building the investor and exit networks.