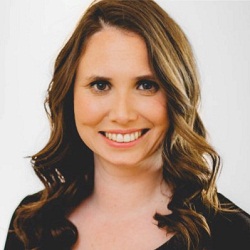 Heather Wilde was the eighth employee of Evernote, where she oversaw the company’s growth from thousands to 100 million customers. She has published popular games, worked with the United States DoD, Navy, Air Force, and Space Force, trained Fortune 500 brands, advised hundreds of startups, and managed major multinational nonprofit programs.

She has won multiple awards for her work in STEM, Coaching, and writing, including multiple commendations from the US Government. As part of her strong dedication to the community, she has served as the chair and on the executive committee of the Engineering School at the University of Nevada, Las Vegas. At her own nonprofit, Serenze Global, and as a fractional CTO through her company ROCeteer, her award-winning work keeps the “Unicorn Whisperer” constantly traveling across the globe to find the next unicorn.

She resides in Las Vegas, Nevada.