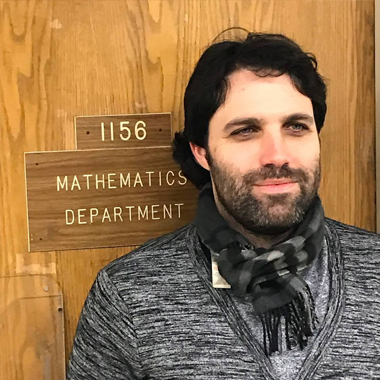 Gregory Magarshak, age 37, is the Company’s co-founder and CEO. Mr. Magarshak is a web developer, software architect, and internet entrepreneur. He entered college at the age of 14, studying mathematics and computer science at Brooklyn College. He received a BS degree in Computer Science and Mathematics from Brooklyn College in 2003, and a Masters of Mathematics from NYU in 2006. Mr. Magarshak became a social app developer and consultant, working on social branding projects at dozens of companies throughout New York City. He worked for Bloomberg LP as a front-end engineer, where he built the autosuggest feature of the Bloomberg Terminal. Since 2011, he has been the chief executive officer of Qbix, Inc. an app development company, the apps of which have been downloaded and used by approximately 5 million people in over 100 countries. He architected the open-source Qbix Platform to decentralize social networking networks. In 2017, he started Intercoin Inc. with Jason Page with a goal of helping to decentralize the local and global payment networks. His goals include moving both social networking and payments from a system resembling feudalism to a system with more permissionless innovation and freer market participants.