Fintech coders build an app to 5m freelancers due to Covid-19 economic loss. 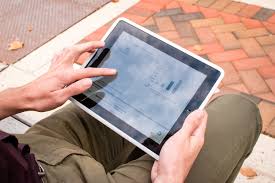 Fintech coders build an app to 5m freelancers due to Covid-19 economic loss.

As economic crises expand in the UK due to Covid-19, a team of entrepreneurs from London’s fintech sector has built an app to support the UK’s 5 million self-employed.

The App allows a sole trader to self-certify and witness their loss of income due to Covid-19 through a website. The App then uses open banking to gather banking data, proving and predicting the pervious and future loss of income. This tool helps banks to release loans faster and assisting businesses to bounce back from crisis.

Currently, self–isolating staff from TrueLayer, SeedLegals, Mazuma, Credit Kudos, and other various groups are engaging with several vital stakeholders across HMT, HMRC and the FCA to into beta testing phase then to a broader roll-out.

Founder and CEO of Credit Kudos, Freddy Kelly, says: “The Covid Credit team came together to design a concept that verifies the income trend of self-employed workers. The process features retrieving banking data to deliver an overall view of someone’s income. We hope the government may be able to determine the self-employed in the same way that they can employ full-time.HM Government can rapidly adopt it as the project is simple to use and created in open source.”

From a technical aspect, a standalone Python web application has been developed by teams that are running on Google Cloud, which interacts directly with the Credit Kudos API. Then it will aggregate data from separate bank accounts and applying several pattern recognition algorithms to deduct the critical income figures. Covid Credit team believes that this group can be extended once government support is offered as this concept is only supported to sole traders.

A team of quarantined coders in Spain took the initiative and have developed an app that will help government and transit operators sustain social distance in transportation. This App will help users to travel to permitted destinations based on social distancing and the least potential infection.