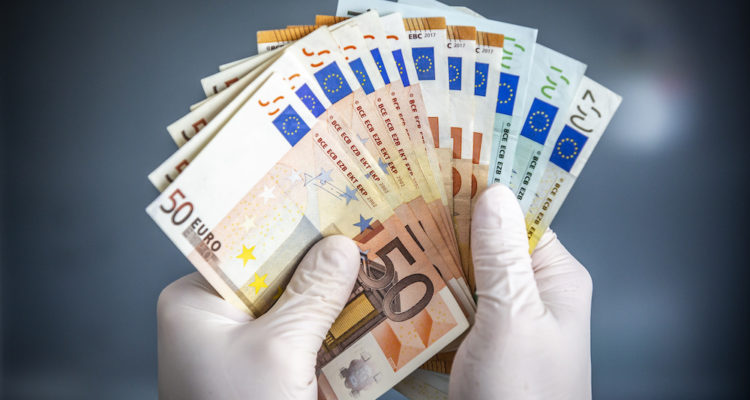 European central banks are setting actions to ensure the accumulation of banknotes across the region, as demand and supply vary wildly during the global pandemic.

The European Central Bank says the demand for cash has become less predictable during the crisis, in a blog post written by board member Fabio Panetta – in mid-March, leading the historical peak of EUR19 billion in circulation last seen at the height of the 2008 financial crisis.

While maintaining that national central banks have vast stocks of cash on hand, Panetta acknowledges the current lockdown is hindering many business-as-usual activities and preventing others altogether.

Panetta writes, “As a conclusion, we are modifying our methods on an ongoing basis to assure that the banknotes supply chain prevails intact. We have enhanced the (virtual) contacts that take place between the ECB – acting as coordinator – and the NCBs and, at a national level, between the NCBs and external partners such as cash-in-transit companies and banks.”

He also added that potential bottlenecks in printing – including the availability of raw materials – and processing banknotes for circulation are being “swiftly addressed.”

To disperse concerns about the possible contamination of banknotes, the ECB has initiated research with several top-tier European laboratories to evaluate the behavior of coronaviruses on different surfaces.

The outcomes indicate that coronaviruses can outlast more efficiently on a stainless steel surface than on our cotton banknotes, with endurance rates approximately 10 to 100 times higher in the first few hours after contamination. Other investigations indicate that it is much more difficult for a virus to be carried from porous surfaces such as cotton banknotes than from smooth surfaces like plastic.