Need To Know Everything About Intellectual Property in the Metaverse 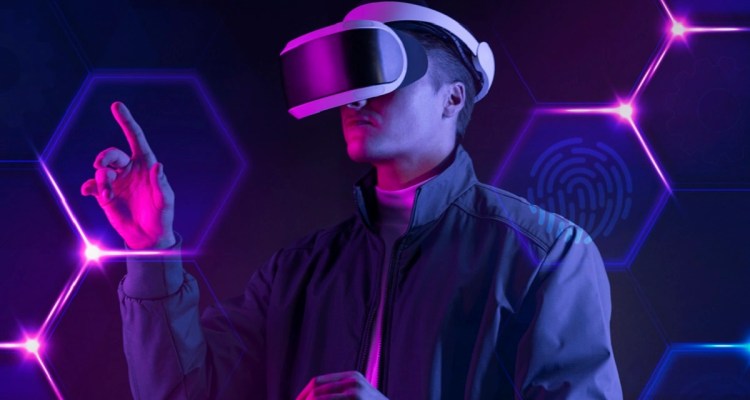 Need To Know Everything About Intellectual Property in the Metaverse

The growth of trademark applications submitted to the USPTO by various businesses and well-known individuals to register trademarks pertinent to selling products and services in the metaverse is frequently discussed in recent news articles. An incredible number of applications for registering marks in connection with virtual clothes and accessories, downloadable virtual items, virtual currencies, and services to be offered in virtual worlds may be found by performing a simple search at the USPTO. Celebrities and A-list companies like Brooks Brothers, Lebron James, Canada Goose, Taylor Made Golf, Martini & Rossi, and Red Bull are among the applicants. The wealthy and well-known aren’t the only people on this list. Many application submissions in the current digital era come from those looking to monetise and safeguard their brand in the metaverse.

Users are looking for new ways to monetise and further extend the reach of their brands, as well as protect them from unauthorised uses by third parties who are also populating the metaverse. Users know the numerous opportunities the metaverse presents for branding goods and services in this new and ever-expanding virtual marketplace. Trademarks, trade dresses, copyright, and patents are only a few of the intellectual property rights affected by this new kind of media.

Users can create their material in a digitalised world using a range of interconnected alternate and immersive virtual environments collectively referred to as the “metaverse.” Platforms developed by independent owners are used to establish metaverses; while Facebook may be the most well-known, many others exist. Using an avatar, users can construct a virtual identity that reflects who they are or how they want to be regarded. Avatars are frequently furnished with clothing and other amenities. This statement often refers to adorning one’s avatar with well-known goods, particularly luxury ones like Gucci handbags and Ferraris, protected brands in the real world. Because of all the avatar customisation and virtual personality development, there have been a lot of deliberate copycat attempts and accidental passing-off errors made by other users.

What Law Apply, And Who Is The Lawman When It Comes To The Virtual World?

Despite how new the law may be, there are similarities between virtual reality and our current world. Regarding trademark laws especially, infringement allegations have been made since the gaming industry and virtual social spaces first emerged, such as the claim made over ten years ago against the virtual platform Second Life. Many of us may be familiar with Second Life, a well-funded online community that Linden Lab launched in 2003 and even has its current virtual ($L) token.

Selling virtual homes, tickets to online concerts and avatar accessories were just a few of the ways many individuals attempted to monetise Second Life, an early attempt at a virtual world (e.g., fashion elements that foreshadow the nexus between the metaverse and manufacturers selling NFT accessories). Although Second Life had many similarities to the metaverse, it also had many key contrasts, such as isolation, a lack of full immersion, and, ultimately, its inability to garner a sizable amount of support for the platform as a substitute for the actual world.

Beyond the numerous allegations of copyright theft and trademark infringement between users in Second Life, few significant, durable legal norms emerged from disputes brought by and between the platform’s users (and yes, Second Life still has a lot of users) aside from a few hints that the owner of a virtual platform might be able to rely on real-world protection under the DMCA (some against Linden Labs as a facilitator and beneficial participant).

In general, attempts to prosecute incidents of digital infringement in the virtual realm have not been particularly successful. The maker of the Grand Theft Auto video game was hit with a trademark and trade dress infringement action in E.S.S. Entm’t 200, Inc. v. Rock Star Videos, Inc. for utilising an allegedly confusing logo and portrayal of a strip club in California. The Play Pen, a strip club, owned by E.S.S., featured naked dancers. After seeing The Play Pen, Rock Star acknowledged utilising the moniker as a feature in their game’s representation of a filthy and debaucherously imaginary metropolis.

On the other hand, Rock Star did not use an identical replica of The Play Pen’s emblem and dubbed its strip club The Pig Pen. The court determined that Rock Star did not intend to disclose a source identification since it did not utilise an identical logo or architectural elements unique to The Play Pen. Instead, it wanted to simulate how a real business would seem and feel in its cartoon metropolis. As such, it possessed creative value as a design and was protected by the First Amendment’s guarantees of free speech. Notably, the use was not tainted financially.

To register a trademark and, whether or not it is written, to enforce the rights to stop infringement and seek compensation, a brand must be utilised in commerce. Virtual worlds allow users to start businesses, manufacture goods and services, and sell them to other users, frequently in exchange for real money or in-world currency commonly given in exchange for real money.

Users are making money in the real world despite the sale being virtual. Such economic operations are likely to be deemed to constitute commerce rather than merely a simulation, giving rise to rights under trademark rules.

Is the fundamental tenet of trademark law present in the virtual world? Can a virtual user of a good that isn’t real and has no potential of breaking or wearing out sooner than intended suffer a quality failure? Is there something essential that must be present for trademark protection to apply?

Users can create their goods in the virtual world that, given enough time and use, will become distinctive, in addition to buying and selling goods branded with real-world trademarks. Is that enough to justify registering a trademark? Would such a service pass the test of commerce? Will a brand’s use in the metaverse suffice to qualify it for registration in the actual world?

Do the servers that host the platform or the platform’s owner’s location count as the required “state” to provide the necessary “interstate commerce” element? What if the servers are located abroad, not in the United States? Which nation’s trademark laws are in force?

In Cecil McBee v. Delica Co. (2005), the First Circuit considered whether the visibility of a Japanese corporation’s website in the United States could grant subject matter and personal jurisdiction. The court decided that it could only be done with proof that the website had a real impact on American trade, such as if it included interactive features. The terms and conditions posted on the platform may also establish jurisdiction and the applicable law.

Trademark-related claims have vast potential, but other forms of intellectual property, such as copyright and design patents, are equally vulnerable. Such action may also give rise to several state law claims. In the legal dispute Amaretto Ranch Breedables, LLC v. Ozimals, Inc., the parties argued about who had first dibs on competing “breedable animals” available for purchase and use in the online virtual environment Second Life.

Ozimals published a summary of the lawsuit’s progress and Amaretto’s antics on its blog. Amaretto responded by alleging defamation, trade libel, intentional interference with its ability to gain an advantage over competitors, and unfair competition in violation of California law.

Owners of brands must take the initiative.

We can draw on decades of jurisdictional and conflict-of-law analysis for traditional web-based commerce. Still, the law is changing in ways that will be crucial for establishing the value of goods and services in the metaverse.

However, brand owners should continue using conventional strategies for safeguarding and enforcing their brands. They should take the following factors into account, be proactive, and avoid putting themselves in a position where they have to play catch-up: