Benefits of RegTech: the role of RegTech in organizations 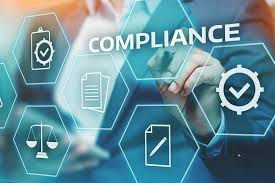 Benefits of RegTech: the role of RegTech in organizations

Regtech is a segment of the Fintech sector that aims to use the technology provided by digital transformation. In order to make organizational compliance more orderly and efficient. As a result, the benefits of RegTech are evident. The Financial Conduct Authority (FCA), the UK’s leading financial regulator was the first to define RegTech. According to them, RegTech is a subset of Fintech that can facilitate the delivery of regulatory requirements.

Despite this, the official recognition of this sector came in 2015 when Deloitte dedicated a report to it entitled. “RegTech is the new Fintech – How agile regulatory technology is helping firms better understand and manage their risk”. Their analysis makes two significant points.

The first was to understand and perfectly summarize the purpose of RegTech solutions. “In the short term RegTech will help firms to automate the more mundane compliance tasks and reduce operational risks”.

The second, on the other hand, was to understand the importance that RegTech would have in the following years. The growth of this sector is quite recent and surprising. Until recently, RegTech represented a very marginal segment compared to others, such as Insurtech. To get an idea of this growth, let’s look at data around investments made in this area over two years.

According to a KPMG from February 2018, RegTech was the sector that attracted the most investors. It raised a total of $3.7 billion, more than doubling 2017 figures, which reached “only” $1.2 billion.

The interesting thing that KPMG points out is that the growth of the entire Fintech sector. Its driven by RegTech, Blockchain, and crypto currencies. In the future, they indicated that RegTech, together with Insurtech, will continue to guarantee important investments. Despite the climate of general economic uncertainty that affects the entire Western economy and beyond.

It is no coincidence that the start-ups dedicates to compliance 2.0 is increasing. Offering increasingly specific and sophisticated services. As shown in a previous post [insert link], several areas within RegTech that deal with specific business needs have been formed over time. LegalTech, which a “micro-sector” of RegTech that offers services currently provided by a law firm through digital software.

In particular, it automates and digitizes activities such as document storage, the management and archiving of files, invoicing and, last but not least, regulatory research. aimed at detecting new laws and regulations, a service that is extremely important to ensure that your compliance system is always up to date and appropriate to all legal requirements.

Another promising micro-sector, especially in light of new European directives that have just come into force, is DataExchangeTech. As the name suggests, it deals with the exchange of data between different subjects, automating it, so as to make it faster, but also safer. The development of this market segment has been almost natural in the face of some technologies, such as Blockchain or the digital contract, which require a constant and reliable exchange of data and information.

This gives rise to a consideration.

The birth of RegTech, more than any other sector of Fintech, made necessary by three elements that characterize our social, political, and economic context.

The first is the digital evolution that has brought to market a series of new technologies that have spread and profoundly changed all sectors of the economy. Fintech itself is the clearest example of this. As a result of digital transformation, every traditional institution has to deal with a much larger and more competitive market and compete with lighter, aggressive, and digital companies.

The data shows that this transformation has now become a reality and that, in essence, there is no turning back. This is also true for Italy, which usually seems a little more reluctant to welcome and adapt to technological changes, but instead shows signs of openness. According to Nòva, the digital insert of Il Sole 24 Ore that deals with the world of innovation, in Italy, about 11 million people used Fintech services in 2018.

Italian companies also prepare to enter the world of Fintech. More than half of small- and medium-sized Italian enterprises carry out financial activities using a mobile device and 9 out of 10 on a computer, preferring digital services especially when it comes to billing.

Finally, Italian investors also attracts to this sector. In 2018, more than €190 million collects in total, quadrupling the total figure in 2017 (which amounted to about €47 million).

The cost of regulation

The second factor that has contributed to the expansion of RegTech is the considerable regulatory pressure that all companies are facing, but especially those operating in the banking and financial sector. This has made the corporate compliance sector very expensive to sustain because of the costs and resources it requires.

The Financial Conduct Authority has also found that by 2020, the regulations Italian companies face will reach 300,000,000 pages, which will involve about 4,000 monthly alerts between deadlines and obligations. As a result of this trend, companies will have to pay more and more for their compliance. It estimates that, at this rate, expenses related to corporate compliance, will end up representing 10-15% of the total operating expenses of global banks. This explains why many companies continued to increase their corporate compliance budgets in 2018.

If, in 2017 53% of companies confirms higher expenses for compliance, last year this figure increase to 61%. Such investments were necessary because of increasingly complex legislation that involves the continuous change of policies and internal procedures, in addition to the need to conduct training or use external resources.

Finally, the third reason that has led to the growth of RegTech is the ever-increasing risk of incurring penalties. Increasing regulatory complexity often puts companies in a difficult position to adapt to new regulations and procedures, as this often requires internal system changes, the integration of new skills, or even the creation of new departments. And while companies work to be compliant, they may incur penalties in the meantime, especially once new regulations come into force.

For example, following the issue of GDPR, the European General Data Protection Regulation that regulates the processing and free movement of personal data, there have been many infringement procedures related to non-compliance with the new legislation. In particular, the Guarantor for the protection of personal data declared that, in 2018, the number of violations resulted in a total of €8.1 million in administrative penalties collected. Moreover, also in the context of CeFIT of 2018, held in collaboration with the Catholic University of the Sacred Heart, it was reconfirmed that the volume of regulatory sanctions imposed after the crisis since 2008 has grown constantly reaching $300 billion. For this reason, it is not unreasonable to think that sanctions could reach $400 billion by 2020.

What role can RegTech play and which benefits it has?

All this has led RegTech to become an increasingly strategic sector for companies, who have been looking at it with increasing interest. However, the real point is another: what role can RegTech play given the factors mentioned above? In general, it can be said that RegTech is a significant resource for converting compliance from an expensive part of a company’s organization to a lever for growing the business.

The automation of some control processes, the better management of data, and a better overview of the different actions carried out by customers or employees are just some of the opportunities that RegTech offers companies.

Let’s look at a couple of examples.

ReghTech and the Payment Security Directive

In the European Union, another important regulation recently came into force. Directive 2366/2015, also known as PSD, concerns the regulation of the market for digital payments within the European Union (check out our posts and our white paper on this topic here). One of the main effects of this regulation has been to “open” this market to third parties, who were not previously authorized to carry out independently financial services, such as the transfer of money.

Instead, banks now be force to share data with such third parties in order to support new services. In this case, DataExchangeTech comes to the aid of the traditional credit institutions, which, using automated technologies, will be able to transmit the necessary data without jeopardizing the privacy of their customers and without risking a data leak. Among other things, DataExchangeTech in particular could prove to be a key development area for RegTech in light of an increasingly established trend: Open Banking. Although it is only just beginning, the transformation of the bank into a platform of integrated services is happening, and, therefore, it will be increasingly important for a traditional financial institution to have secure and reliable data transfer and control systems.

RegTech can prove to be a significant resource for companies even when it comes to digital invoicing.

This measure has been greeted with great favor because of the considerable benefits it has brought in terms of revenue. In 2019 alone, as a result of digital invoicing, more than €3 billion in VAT was collected, a marked increase over last year and exceeding the most optimistic estimates that had “only” forecast €1.9 billion in additional revenue for the Treasury.

In addition to this, there is also the deterrent effect that this measure has had on undue compensation. By blocking about €700 million VAT credits non-existent or not due, the Inland Revenue has prevented them from being used to reduce taxes due. Despite these remarkable results, many companies have reported an increase in bureaucracy and deadlines to be met, which have become particularly stringent, especially given the penalties that can be incurred.

Research carried out by the Digital Innovation Observatory of the School of Management of the Politecnico di Milano has shown that companies have not perceived any particular benefits in terms of procedures and documental steps, either in the active or passive cycle.

Some companies that found a reduced need for passive cycle management, an increase in payment times, and a slower pace in the reconciliation of payments.

Here, too, RegTech can provide effective solutions that are ideal for adjusting and preventing the unwanted effects of electronic invoicing. For example, you can use software that records the deadlines you have to meet and provides reminders. Or you can use automated inbound and outbound data management to monitor yours and your customers’ billing activities.

Furthermore, it will be possible to move towards automating the relationship with financial authorities. In order to make communications more effective, prioritizing those that are most important, and scheduling them according to legal obligations. As you can see, also in this case the possibilities offered by RegTech. To transform bureaucratic burdens into opportunities for development and growth are many. It will be up to companies to understand which are most useful and implement them as soon as possible within their business.